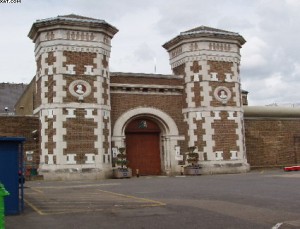 Prison radio began in the UK in 1994 and today there are almost 30 prisons running their own radio stations including Brixton, which has already beaten some of the the biggest radio networks in the country to win coveted Sony Radio Awards. Most recently the Prison Radio Association helped to set up a new station at Pentonville Prison, which broadcasts 24 hours a day and is always on the lookout for prison inmates who want to become DJ’s.

So, the talent co-ordinator at Radio Pentonville must be rubbing his hands with excitement at the moment. Because if we’re to believe what we’re reading in the press since ITV’s Jimmy Savile documentary, it’s possible that the breakfast shows at Pentonville, Brixton and Wormwood Scrubbs may all soon be hosted by some very experienced and well known broadcasters.

Jimmy Savile and John Peel may be dead, but day by day, as dozens of Savile’s alleged victims contact the police, it’s emerging that rather a lot of the BBC’s radio talent, and the producers and executives who employed them, may have been more than happy to turn a blind eye to what was going on in Savile’s dressing room. Even more sinister is that there is now a suggestion that one or two of them might even have popped in and partied with him.

Was Savile part of a secret BBC paedophile ring? If he was, the shit that is about to hit the fan at Broadcasting House will make Blue Peter-Gate look like a walk in the park.

It took a few hundred years, but in the end even the Vatican were forced to apologise for the Catholic Church’s incessant, institutionalised protection of paedophile priests. But you can choose whether you want to be a Catholic. You can’t, unfortunately, choose who you pay your TV licence fee to. So the pressure on the BBC to get to the bottom of all of this, and throw a few ex-staffers to the lions, will be overwhelming. The corporation cannot close ranks like the Vatican did. Because the public fund them.

My guess is that even as I write this, someone very famous is sitting quietly at home, and waiting hour by hour, minute by minute, for a very loud knock at the door. While he’s waiting, he might as well pass the time by writing a pitch for his new show on Radio Pentonville.

Happy Days Ahead for Prison Radio?