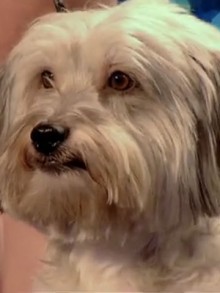 Simon Cowell did his best to sound happy. He had always said he wanted to find a great dog act but he never really thought it would happen and clearly hasn’t yet thought of a way of getting a sixteen year old girl and a mongrel to record a Christmas number one. But he’s no doubt working on it.

It’s results like this that should make us proud to be British. We as a nation love to support the underdog. Whoever the thought that the underdog would one day literally be an underdog. Oh happy day.