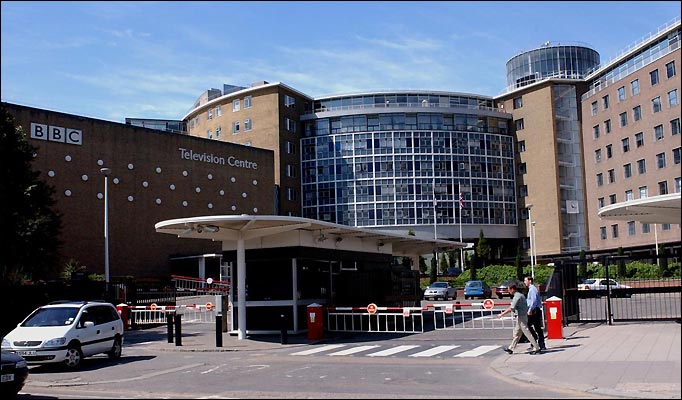 Danny Baker summed it up beautifully. He said that the palace of Westminster would make a great hotel, but they’re not going to convert it into one, are they? So why are they turning Television Centre into a hotel?

Danny’s right. BBC Television Centre is as much a part of the fabric of Britain as Yorkshire pudding and fish and chips, and I believe that future generations of BBC Executives will bitterly regret disposing of the building, just as they now regret wiping all those classic programmes in the 1970′s in order to generate a little more shelf space in the Spur.

I’ll let you into a little secret. I was there when the Great Tape Wiping Disaster took place. In fact, I couldn’t have been any closer to it. As a staff VT librarian at TVC from 1976 to 1978 I more than likely personally deleted hundreds of irreplaceable episodes of Dr Who, Dixon of Dock Green and Grandstand. But, like the defendants at Nuremburg, I swear I was just following orders.

One of my VT library collegues, however, took the law into his own hands and chose not to follow those orders. Captain Video (as he likes to be known) saved many pop classics by choosing to ignore orders from the Top of the Pops office to erase priceless material. Instead, he “wiped” the programmes on the paperwork only, and returned the actual tapes to the shelves with secret new tape numbers that only he knew.

Years later, Captain Video helped the BBC to rebuild this “lost” collection, and as a result became one of the most celebrated music archivists of his time. He still works in television now. He has his own video post production company.

Sadly, there is no modern day equivalent of Captain Video to save Television Centre. The vandals from Salford have already begun the destruction and it cannot be stopped.

I worked at Television Centre many, many times. First in that infamous tape library, then in later years as a staff promotions director, a digital producer on the comedy web site, and finally as a visiting web producer for Endemol. In the mid nineties I was even seen in vision as an occasional contributor to daytime children’s BBC. So I’ve seen that damned building from every angle, in every weather. There are few corners of TVC that I haven’t skulked in. Few tables I haven’t sat at in the bar on the fourth floor.

I’ve stood in a lift with Morecambe & Wise. I’ve paid for my food in the canteen standing next to Roy Wood in full Wizzard make-up. I’ve wandered pissed around the Blue Peter Garden. I was actually in the studio when Emu attacked Michael Parkinson. So I feel I have just a little piece of ownership of that building.

I, like so many others, have sensed the ghosts of showbiz greats in the endless, circular corridors. I’ve also felt the deep, festering frustration that can only come from working for the BBC. I both love and hate the corporation, and I both love and hate Television Centre, but there’s one thing I do know: It should never be turned into a fucking hotel.