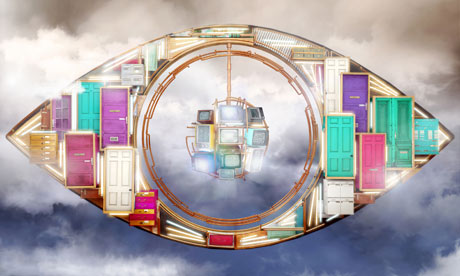 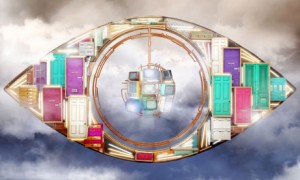 OK, I admit it. When Big Brother’s on I stop watching everything else. For months on end. Quality costume drama, intelligent documentaries on BBC4, even The Good Wife on Channel 4 goes out of the window to make way for 50,000 hours of mindless, nihilistic, multi-camera shit.

Exciting new Blu-Ray movies from Lovefilm go unwatched. TiVo recordings of hilarious new comedy series get deleted. The world grinds to a halt when that scary animated eye appears on the screen, accompanied by the brash, discordant notes of Paul Oakenfold’s theme music.

Let’s begin by saying that Emma Willis is a much, much better host than Brian Dowling. She doesn’t look terrified out of her wits for a start. I can’t help wondering whether she will one day eclipse even Queen Davina as the nation’s Big Brother host of choice.

Iconic voiceover Marcus Bentley is back too. Most people accuse poor Marcus of being a Geordie – he was actually born closer to Middlesbrough. But whatever his accent, it wouldn’t be the same without him. At one time it was rumored that Marcus was the only person on Teesside with a job, so it’s good to know that he’s still around and annually squeezing a little bit more cash out of Richard Desmond.

Big Brother 2013 ‘s late night spin-off “Bit on the Side” is now hosted by Rylan Clark – unlike Emma Willis clearly a presenter promoted way beyond his capabilities, experience and intelligence. Rylan appears to have landed the job solely because he once got into the X-Factor final and has finely trimmed eyebrows and a neat beard.

Rylan’s co-presenter is someone called AJ Odudu. I haven’t seen her before, I have absolutely no idea who she is, and no-one else seems to know either.

There’s a new twist in Big Brother 2013. They’ve put an actor into the house, who’s job is to pretend to be a housemate. The problem is, the actor can’t act. He can overact, but that’s not quite the same thing.

I don’t believe for one second that a single contestant was fooled by his over-egged antics on launch night. For a start, when offered a choice between having all the housemates’ suitcases crushed in an industrial shredder, or having his own case destroyed in the same way, he chose to pulverise the cases of everyone else and rescue his own. Clearly, no genuine contestant in this competition would make that choice, knowing that he then had to compete for favour with the other housemates. It would be Big Brother suicide. So Mr. Actor probably blew his cover in the house right from the start.

Most of the housemates have probably been watching the show for more than 10 years, so I don’t believe that a single one of them genuinely thought their luggage had been destroyed. As a result the whole thing felt limp, fake, unbearably stale and totally unconvincing. It also seemed to be rather a naive opening prank on the part of the producers, who appear more interested in putting themselves on television than devising convincing mechanics for the format.

But what of the contestants? Well, as you’d expect, most of them are little more than clones of the usual suspects from previous years.

There’s a fire-eater,  a sports coach, and an ugly, hard core lesbian. There’s a dental nurse with way too much make-up who says she isn’t as dumb as she looks but we can already see that she is. There’s a fake-tanned celebrity publicist called Dexter who probably also applied to be on The Apprentice but wasn’t quite stupid enough. Dexter won’t get past the first eviction night, no matter how much he looks like Michael MacIntyre with anorexia.

Since the first time I saw Nasty Nick dragging his suitcase into the house, I have always hated this show. The problem is, I like it as well. My advice is to think of Big Brother 2013 as an unpleasant, incurable addiction, or as some kind of disabling obsessive compulsive disorder. That way you can sit back and enjoy it without feeling guilty.

Hey, if you watch it for long enough, maybe you’ll be able to claim sickness benefit.