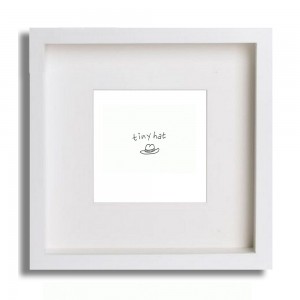 Brian & Georgina have been making unique, minimalist art for many years, and it has been widely exhibited. Tiny Art is their online gallery and shop. Brian created the famous Cartoon Factory graphics studio and art gallery in Islington in the 1990’s, and Georgina once worked for Saatchi & Saatchi, so the pair are no strangers to the art world.

Sowerby and Luff meet a few colourful characters on the Royal Mile, including a puppet called Ivan and Jesus in a pin striped suit. 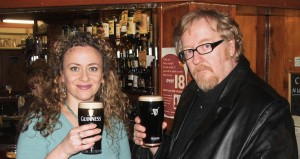 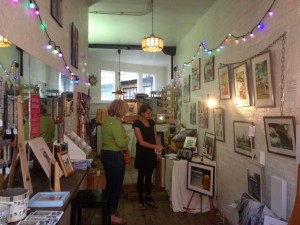 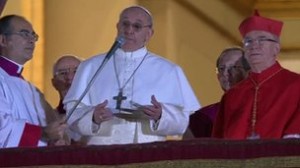 So, we have a new supremo in Rome. Seventy six year old Jim Bowen look-alike Cardinal Jorge Bergoglio of Argentina is now Pope Francis, and he managed to except the job without once mentioning The Falkland Islands.

Meanwhile, I can’t help noticing one or two strong parallels between what’s happening at the Vatican and what happened at the BBC in White City a few months ago.

There’s little doubt that BBC Director General Mark Thompson knew that a shit storm was about to hit Television Centre, and he managed to pack his bags and get out in the nick of time. It’s also clear that the BBC knew that whoever took over his role would take most of the Jimmy Savile flack square in the kisser, and would be gone within a few weeks.

So the Beeb appointed a DG who they knew was so hopeless they wouldn’t mind losing him. George Entwistle willingly took the job, made a complete twat of himself, then shuffled off into the sunset with a nice big early retirement pension.

Pope Benedict XVI was the first pontiff to quit since Gregory XII in 1415. So there has to be a damned good reason. Something’s not right. Benedict was witness in recent weeks to the most horrendous admissions and confessions in the higher echelons of the Catholic Church, and my guess is he saw something coming down the pipe that was even worse. Something we haven’t heard about yet. Something that might make the Savile case seem like a walk in the park. That’s assuming of course that the old Pope didn’t have a few skeletons of his own in the Papal cupboard.

Savile abused the young and vunerable for 50 years. Catholic priests have been doing it for two thousand years, and the cover-up strategy is rapidly coming apart at the seams. Even the most loyal and pious Catholics are showing signs of losing their faith and trust in the church, and there’s very little light at the end of the tunnel.

New Popes are chosen by the College of Cardinals, the Church’s most senior officials, who are usually ordained bishops. They’re summoned to the Vatican and a Papal election, or “Conclave”, takes place.  Like the BBC Trust, the Cardinals were probably looking for someone to ride out the storm for a while, then fall on his sword. That way, further down the line, they can appoint the candidate they really want to be Pontiff. Like maybe an Italian?

So, the old guard sat in the Sistine Chapel, beneath one of the world’s most homo-erotic ceilings, and chose a man willing to put the Poison Chalice to his lips, and lead the Catholic Church forward through one of the fiercest storms they’ve encountered since that big nasty one just after the Crucifixion.

Only last week, Cardinal Keith O’Brien, the UK’s most senior Roman Catholic cleric, resigned as head of the Scottish Catholic church, after being accused of “inappropriate acts”. When interviewed, many of his close congregation said they were “surprised”. I wasn’t, and I don’t think anybody else in the world was. Because sadly, confessions of sexual abuse by priests have now become so commonplace they are fast becoming the norm.

How many more high ranking bishops, archbishops and cardinals are going to be humiliated, stripped of office and marched out of the doors of their cathedrals, as the full scale of sexual abuse in the church is revealed? And just how far up the organisation does it go? I think we can guess.

At least Pope Francis gave us a nice big smile while he was making his inaugural speech. I suspect it was probably because he knew something we don’t. 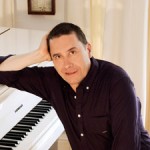 Eat your heart out Jools Holland – it’s the latest e-Single recorded by Brian Luff and his amazing Rhythm & Blues Orchestra.