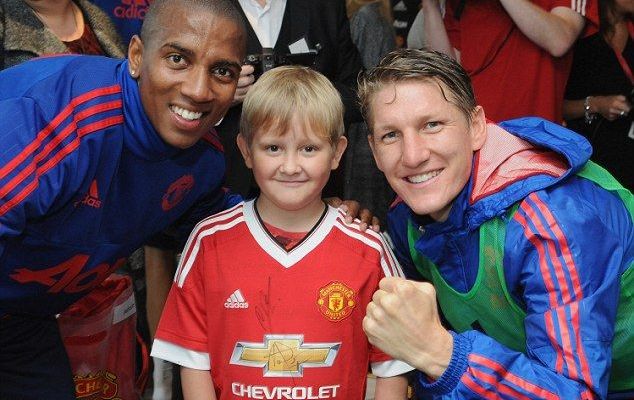 A young boy who lives in Luton in Bedfordshire has decided to become a Manchester United supporter.

“I know it may seem odd to support a team from another town,” his father told us, “But the local side aren’t very exciting to watch and the Bennett family have supported the Red Devils ever since the days of George Best and Bobby Charlton.”

The Bennetts live just 300 yards from the ground of Luton Town, who play in the fourth tier of the English Football League, but none of the family has ever set foot in the stadium.

A spokesperson for Manchester United told the Daily Chronicle, “We’re delighted this lad’s taken the unusual decision to support a team that’s 170 miles from where he lives.”

He went on, “Frankly we need all the support we can get as many of the football fans who live in Manchester support Barcelona or Real Madrid.”

The cat gadget market is littered with toys, cameras and cat trackers, but here’s something a little bit different.

The CatSpeak 3000 enables you to have complex conversations with your pet, and it’s as simple as attaching a tiny matchbox-sized module to the side of the animal’s head.

Danish inventor Jorvik Dvorvik told us: “The first time I fitted the CatSpeak 3000 to my own pet we were able to have quite long and interesting discussions about wind power, cosmetic surgery and childhood obesity.”

“Unfortunately,” he went on, “The gadget puts a tremendous strain on the feline brain and is usually accompanied by crippling headaches and violent projectile vomiting.”

“On one occasion I was having a heated debate about Brexit with a three month old Siamese kitten, and its head literally exploded, leaving a sticky claret-coloured deposit all over the walls of the kitchenette.”

Although not entirely without its risks, The CatSpeak 3000 will no doubt be a massive hit with pet owners, and will be available in the shops from early next year.

More than 33,000 people have called for the UK to ban ear piercing for unborn babies. The petition calls for a minimum legal age requirement of 0 years for the practice.

It reads: “Make it illegal for embryos in the womb to get their ears pierced. It is a form of child cruelty. Severe pain and fear is inflicted upon unborn infants unnecessarily.”

The petition goes on,“It serves no purpose other than to satisfy the parent’s vanity. Other forms of physically harming children are illegal – this should be no different.”

One woman told the Daily Chronicle: “Abortion is wrong, so how come sticking metal rods through the ears of unborn infants is not also wrong?”

But not everyone agrees. One woman told us:

“As someone who had both ears pierced over twelve weeks before birth, I find this campaign absolutely f*cking pointless. I’m pleased my mother got it done for me when I was still in the womb, and I have no regrets that she did.”

A spokesperson for the NRA has called upon Americans to “Pick up their firearms and start shooting at the COVID-19 virus.”

“We ain’t afraid of no goddamn chicken-shit virus,” he told us, “The best way to stop a killer is to kill it before it kills you.”

He added, “The virus is everywhere, so we need to be completely indiscriminate when aiming our weapons.”

“The most effective way to combat the disease is to stand in the centre of a public space and spray bullets around over a target area of 360 degrees.”

The NRA offers the following advice to its members: “Automatic weapons are by far the most effective way of stopping COVID-19, but even hunting rifles or small calibre hand guns can make a valuable contribution to slowing down the spread of the disease.”

On the subject of wearing protective face masks, the NRA’s position is also unambiguous. “As long as we keep shooting at COVID-19 we’ll stop the virus dead in its tracks, and there’ll be no need for any more of them goddamn faggot face masks!” 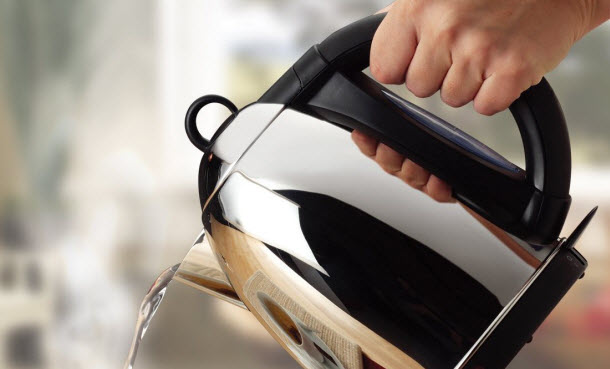 In a startling reverse of its previous warning, the World Health Organisation today revealed that there is no conclusive evidence that kettles cause cancer. However, they say that it is still “highly probable” that some other normal, day-to-day kitchen gadgets are carcinogenic.

The International Agency for Research on Cancer (IARC) had previously rated kettles as “possibly carcinogenic” but has now changed its mind.

It now says its latest review found “no conclusive evidence for a carcinogenic effect on individuals using kettles” and pointed to some studies showing that kettles may actually reduce the risk of developing certain types of cancer.

“This does not show that kettles are certainly safe, but there is less reason for concern today than there was before,” said Moonia Garmis-Plankton, head of IARC’s research department.

At the same time, however, IARC presented other scientific evidence which suggests that using blenders, juicers, cafetieres or, most surprisingly, toast racks can cause certain types of cancer.

Lyon-based IARC, which last year prompted headlines worldwide by saying that spoons cause leukemia, reached its conclusions after reviewing more than 50,000,000 scientific studies in humans and animals. But there was inadequate evidence for spoons to be classified as neither carcinogenic or non carcinogenic.