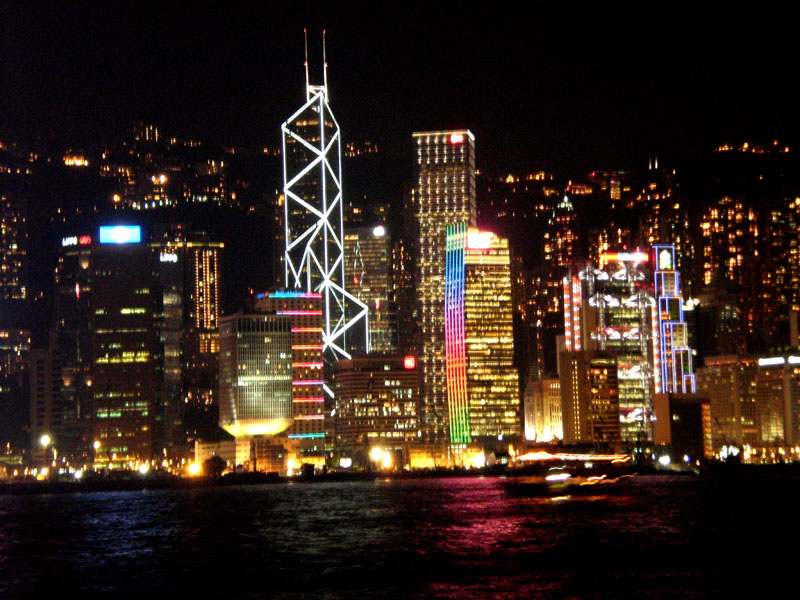 Symphony of Lights creates “a stunning all-round vision of the coloured lights in Hong Kong, performing an unforgettable spectacle along the harbour front.”

“Has it started yet?” I asked a fellow tourist with a video camera.
“Yes, five minutes ago” she said.
“I hadn’t noticed” I said.

The light show claims to celebrate the energy, spirit and diversity of Hong Kong, but the truth is, they just flash the lights on and off on the buildings for 18 straight minutes. They even introduce each building individually, as their own lights join in the party.
“Ladies and gentlemen, please welcome The Sun Hung Kai Centre! Put your hands together for the Hong Kong Academy for Performing Arts! Give it up for the Hong Kong Convention and Exhibition Centre! Show your appreciation for the Chinese People’s Liberation Army Forces Building!”

Our eyes were just beginning to glaze over as the announcer finally reached the end of his list about ten minutes later.
“And last but not least, a huge round of applause for the Standard Chartered Bank Building!”
It’s fairly impressive when they use laser beams at the end of the show, but apart from that, the Symphony of Lights is a bit of a disappointment. Hong Kong itself is such a spectacular skyline after dark, that it really doesn’t need event management to enhance it.

When Steve North, general manager at flagship UKTV channel Gold, proudly announced the start of an exciting new series about Morecambe and Wise, featuring previously unseen material, we all got very excited indeed. What better way to spend a Wednesday evening than to see brand new sketches from these two national treasures of British comedy.

In the first programme there was indeed material we’d never seen before, and it was great to watch it. A real find. Unfortunately, there was also a huge amount of completely unnecessary recapping and repetition of familiar clips. I lost count of how many times we were shown the clip of Eric sitting holding a long, extended prop leg. First, they told us that the clip was coming, then they showed us the clip itself, then on at least two further occasions they reminded us that we had seen the clip earlier. I, for one, never want to see that clip again, as long as I live.

This particular example of amateurish, lazy editing set the tone for the abysmal way the entire programme was put together. Because this masterclass of television comedy was continually interrupted by pointless, vacuous banter from a gaggle of grinning, self-publicising celebrities.

Morecambe and Wise were brilliantly funny. We really don’t need to see Chris Tarrant laughing out loud and telling us just how funny they were, over and over again. To make matters worse, many of the “celebrities” who appeared in the programme were people we had never actually heard of.

Comedy is all about timing. So the worst thing you can do with a sketch is to cut-away from it, then cut back to it later. It destroys the rhythm. It disrupts the flow. It makes it less funny. Eric Morecambe would turn in his grave if he could see how UKTV are now mindlessly hacking his finely crafted routines to pieces, just so that we can hear what Tamzin Greig thinks about them.

Producers and editors who don’t understand comic timing should not be let anywhere near the BBC’s priceless comedy archives. They may think they are breathing new life into this material, but all they are doing is vandalising it in the edit suite, then introducing it to a new generation of viewers in a criminally damaged state. The only way to watch the Morecambe & Wise and Andre Previn sketch is from beginning to end, with no cut-aways. Comedy works in real time, not sliced into little pieces and liberally scattered. Will someone please, please tell that to Steve North, general manager at Gold. 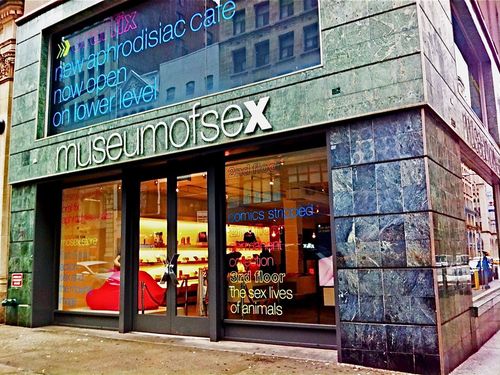 The Museum of Sex opened in New York in 2002 and, despite its provocative title, claims to offer a studied, historical look at the history of sex in our culture. We put fresh batteries into Roland and took him along, so we could make audio notes as we went.

Sex and the Moving Image seemed to be the main exhibit. It claimed to trace the way sex and sexual imagery have impacted film, television and advertising through the ages. In reality, it was a big dark room filled with TV screens showing hard core pornography. There’s nothing quite like watching Paris Hilton performing felatio, while surrounded by elderly Japanese tourists eating sandwiches.

“Sploshing” is shorthand for various wet and messy fetishes whereby participants become aroused when substances are deliberately and generously applied to their naked skin. “Messy” substances can include whipped cream, mud, shaving foam, custard, pudding, chocolate sauce, or simply “gunge”. Tiswas has a lot to answer for.

This area also included the activity of directing high pressure water jets at the genitalia.
“We could try that,” I suggested.
“I suppose it would save you having to bathe,” said Georgina.
“Perhaps we could call the New York Fire Department to give us a hand,” I said.

Macrophilia was next – a bizarre exhibit which went to great lengths to tell the story of a man whose fantasy was to be captured and forced into sex by a giant, 50 foot tall women. There were numerous images of a tiny little man being crushed underfoot by a huge female, and I couldn’t help wondering how he could ever satisfy her, in that his entire body was barely the size of her vagina.
Georgina’s favourite exhibit was the sex machines. Huge, industrial-sized devices, run by electric motors, designed for mechanical pleasure.
“Do you think it’s one of those that’s been waking us up every morning?” asked Georgina.

Feeders and Gainers was the last thing we looked at in the museum, a section dedicated to people who deliberately fatten up their partners, before having sex with them. Georgina stood looking at this exhibit for a very long time. “Lets go eat,” I said.

Moments later, we found ourselves in a pizza restaurant in the Flatiron District. Pizza is a very different animal in New York City. They seem to be prepared to put anything on top of one. Georgina stared at a spectacular, two foot diameter thin crust in the window that appeared to have on it every kind of meat known to modern man.
This was a pizza with beef, fish, pepperoni, ham, pork, seafood, sausage, bacon, hot dogs, lamb chops and what looked like an entire portion of Kentucky Fried Chicken.
“We’ll have that one,” said Georgina.
An hour later we were still trying to get through the second slice, and when we asked for the rest to be put in a box to take it away, we found that the whole thing was too heavy to carry out of the restaurant.  We headed back to Brooklyn. That afternoon, still musing about the tiny man and the 50 foot woman, I fell into a deep sleep, and dreamt that Georgina had clawed her way to the top of the Empire State Building, and spent the entire day swatting aircraft with a giant slice of pizza.

For a while now, Dr Who’s storylines have been a tad over-complicated and a little too cerebral and complex for the show’s younger viewers. With “Dinosaurs on a Spaceship” the series veered sharply in the opposite direction with a plot that would have been more at home in Scooby Doo on CBBC, not in Primetime television on a Saturday night.

Queen Nefertiti (ca. 1370 BC) was also there for some reason. As was Mark Williams off the Fast Show and a couple of retro robots with the voices of Mitchell and Webb. Mark did fat and puzzled. Mitchell and Webb sat in a voice booth in Soho and cracked robot jokes. The dinosaurs, of course, were very convincing. The BBC gives good dinosaur. But it was all light years away from the heady days when Russell T Davies was writing the show with a kind of flair and brilliance that the BBC usually reserve for their top drawer costume dramas.

The Americans, of course, will love Dinosaurs on a Spaceship. Just like they loved Snakes on a Plane. It won’t put too much strain on their tiny little brains. Which is clearly why the BBC have so obviously dumbed-down Dr Who in this current incarnation. Luckily, like the space-time continuum itself, these things are invariably cyclical. So let’s all hope that Dr. Who will yet recapture the intelligent sci-fi edge to which we have all now become accustomed.

Now, if you will excuse me, I’ve just spotted some big dinosaurs, so I’m going to run away. 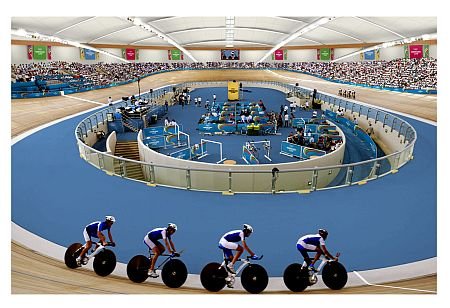