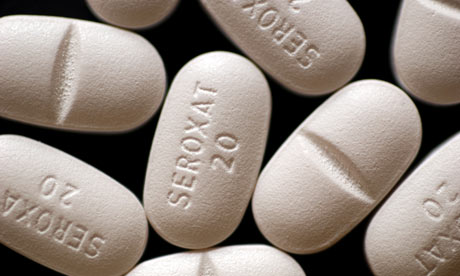 Like many amateur depressives, I have frequently felt that the world was out to get me. Just me. I got annoyed when the flat was untidy and then even more angry if Georgina tried to tidy it up. I believed that the London Underground system was hot, overcrowded and airless specifically to annoy me. I knew that everyone else in London had to put up with the same thing, but I didn’t notice the other people.   Life constantly got on top of me, and when I got depressed, I tended to eat way too much. Come to think of it, I tended to eat way too much even if I wasn’t depressed. During the podcast Georgina often made bitchy little sideways references to my weight – which annoyed me intensely, probably making it quite funny to listen to. I suppose deep down she only said it because she was worried.  “I don’t want to lose you,” she said. Although how she could ever have mislaid a 230 lbs man, I couldn’t imagine.

Georgina used to say she’d love me whether I was 230 lbs or 330 lbs, but I was unclear as to where these very precise parameters come from. Did that mean she’d stop loving me if I tipped the scales at 331 lbs? Or that she’d have walked out on me if I suddenly dropped to a super trim 150 lbs?
“I want your body to have as much energy as your mind,” Georgina said to me once, while we were wandering around the boating lake at Alexandra Palace. “You can endure a mental workout, but you get out of breath running for a bus.”
She was right. I was getting horribly out of shape. But I didn’t think of myself as a fat person. Other people were fat. I was simply a bit overweight.
“You’re stubborn beyond belief,” Georgina said.  “You want everything in the world to be categorised, but you totally refuse to fit into any category yourself.”

Georgina was convinced that it was mainly the fact that I was overweight – my poor self image, if you like – that was one of the main things that made me depressed. I wasn’t sure whether I agreed with that, but Georgina knew me better than anyone, so I took what she said seriously.
What worried me, was if I stopped being depressed I wouldn’t be able to write funny stuff anymore. I’m told this is a common worry among writers with depression, and an awful lot of books have been written on the subject. The British comedian Stephen Fry made an excellent television documentary about it. I know that several years ago, when I briefly took a course of anti-depressant drugs, I was unable to write a word for months. I was at the back end of a particularly unhappy relationship, and I’d gone to see my local GP, who had diagnosed me as suffering from “non-reactive” depression. In other words, the doctor believed I was the kind of person who was liable to get depressed whether I was content with my life or not. It was just a chemical thing in my brain, he thought. I now believe this to be a completely incorrect diagnosis, because when I finally separated from that particular partner my depression lifted almost overnight. It wasn’t the chemicals in my head that had been making me depressed, it was the woman I was living with.

Believing I had a chemical imbalance, the doctor prescribed me with an anti-depressant called Seroxat. I’d never heard of it at the time, but the drug has since become notorious. Seroxat was one of the world’s biggest selling and most successful anti-depressants, and the doctor in question assured me that the drug was “completely non-addictive”.

He was wrong. I, along with thousands of other poor bastards around the globe, soon discovered that Seroxat had a very dark side – thousands of users getting hopelessly hooked on the stuff, and suffering horrific withdrawal symptoms when they tried to come off it. For many it lead to self harm and even suicide. But very little warning of these terrible side effects accompanied the drug. Even doctors, like my own local GP, were initially unaware of the drug’s potentially lethal effects.
Within a few days of taking the stuff, I was unable to work, unable to concentrate on anything more complicated than tying my own shoe laces, and I was as impotent as a eunuch. The last person in the world I wanted to consult was the idiot who had given this stuff to me in the first place, so after a few short weeks I took myself off the drug.

The following day I had to travel abroad for a meeting, and I spent my first night Seroxat free, on my own, in a Sheraton Hotel. It was like that scene in the movie The Wall, when the rock star character, played by Bob Geldof, finally goes completely insane. I chewed my pillow. I banged my head against the wall. I clawed at my own skin. I wept. I laughed. I screamed. I dribbled. For one brief instant, I toyed with jumping out of the window. Luckily the room was double glazed, and the window didn’t open.

I experienced those sensations for about four days afterwards. Even weeks, months later, I continued to suffer dizzy spells and felt sick. I’ve felt depressed many times since that occasion and there is no better incentive to snap out of it than to remember what can happen if you listen to a doctor’s advice and take anti-depressant drugs. I’m convinced that the doctor I visited nearly cost me my life. I’ve had a serious mistrust of all things medical ever since. Which is, I’m sure, far from healthy.