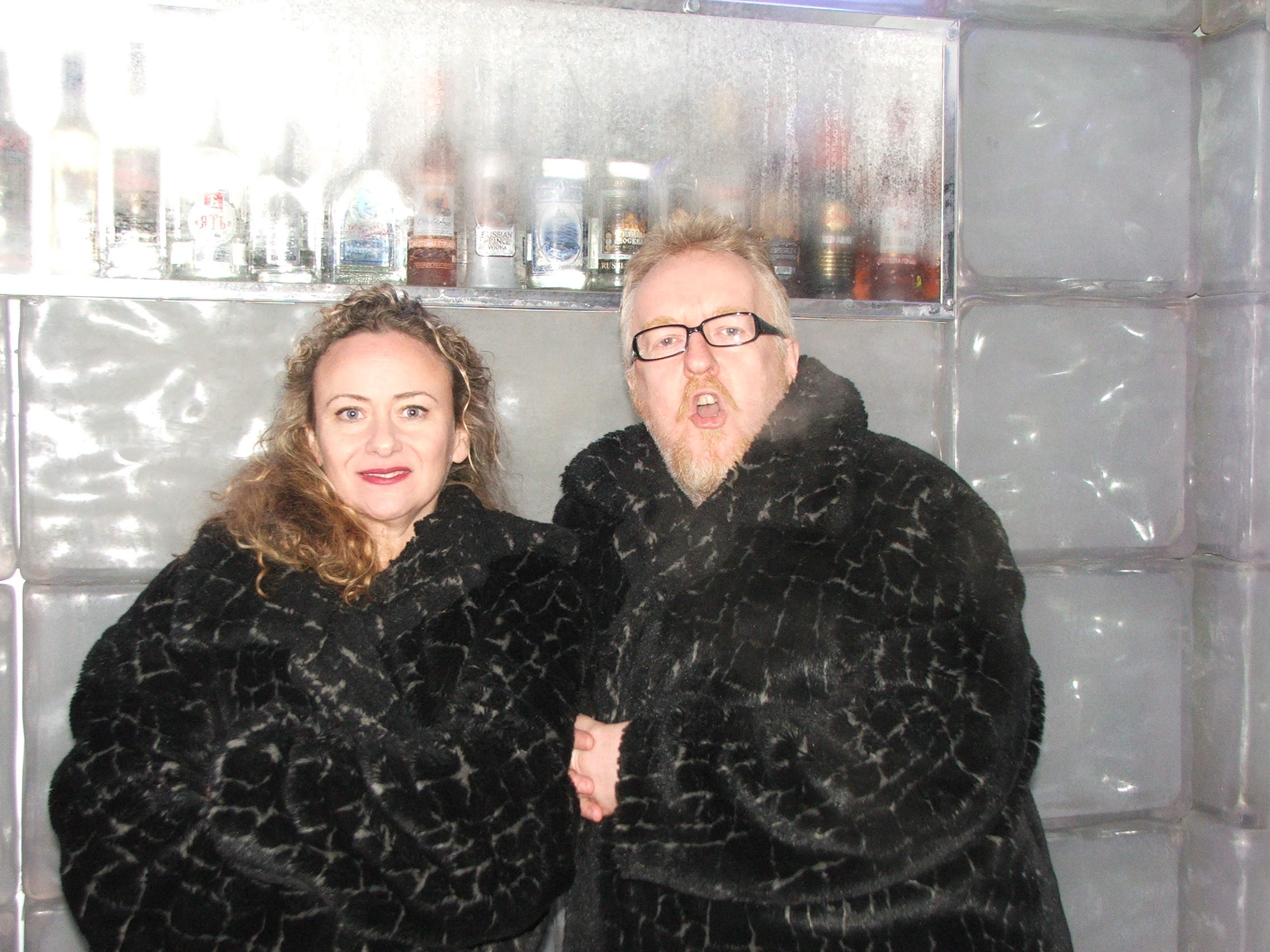 After walking around Hong Kong all day, “Beer o’clock” was a welcome arrival. We sought out a hostelry in which to spend Happy Hour and in D’Aguilar Street in SoHo, we stumbled upon the perfect place.

Balalaika is a Russian theme bar, complete with a huge bust of Lenin in the doorway, and lots of retro Soviet propaganda posters all over the wall. The centrepiece of the bar is a minus 20ºC Siberian Vodka Room, for which they supply you with a huge warm fur coat.
“You want to drink a vodka at minus 20ºC?” asked Georgina.
“That’s cold,” I said.
“That’s the idea,” she said.
“Can’t we just have a nice cool beer out here?” I suggested.
“When in Rome…” said Georgina.
“But we’re in Hong Kong,” I said. “And this is a Russian bar!”
“Oh, you’re such a wimp!” snapped Georgina, and she threw on one of the fur coats and strode into the freezer room. Never one to be outdone, I grabbed another fur coat and followed her.
“Bugger me, it’s cold in here,” Georgina said.
“Told you.” I shivered.
“Let’s just chuck down a couple of vodkas and go!”

Shaking like a jellyfish, my ears bleeding from the cold, I shuffled over to the small serving hatch, where a frost-covered glass panel slid to one side. “Yes?”
“Two v-v-odkas p-p-p-please” I said.
“What flavour you want?” said the barman.
“What f-f-f-flavour d-d-do you want?” I asked Georgina, who was shivering so much her face was becoming a blur.
“I d-d-d-on’t c-c-c-care!” she said. “Just get the f-f-f-f-frigging drinks!”
I turned back to the serving hatch. The barman had slammed the glass shutter closed while I was talking to Georgina. It slid open again with a clunk.
“What f-f-flavours d-d-do you h-h-have?” I shivered.
“We have more than sixty flavours of vodka” he said. “You want me to read you the list?”
“No t-t-thank you,” I said.
“Apricot vodka very nice,” he said.
“Two apricot v-v-vodkas, p-p-p-please” I said. And then I discovered that my hand was too frozen to get it into my pocket and take out my wallet. The barman had clearly seen this phenomenon before. “Pay outside,” he said.
He placed two apricot vodka shots in the serving hatch, and as soon as I’d picked them up he slammed the shutter closed, sprinkling ice particles onto the floor. With trembling hands, we said “Nastrovia!” and chucked our vodkas back in one.

Georgina was now turning blue. “Let’s get the fuck out of here!” she said.
“Very warm in Freezer Room today,” said the barman as I paid for the drinks outside. “Only minus 14ºC.”